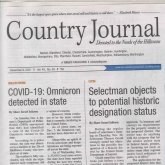 Please click on the image to view the newsletter on our website – we think you’ll find the inside “week in the life of the Center” captivating and informative. 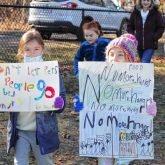 WHATELY — Whately Elementary School students took part in their own miniature version of Monte’s March on Wednesday, circling the school several times while chanting phrases like “feed hungry people” as an extension of a fourth-grade food drive. 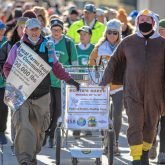 NORTHAMPTON — The fight against hunger once again took center stage in Massachusetts, as current and former congressmen, a U.S. senator and candidates for lieutenant governor were among those who joined Monte Belmonte and his signature shopping cart on the 12th annual Monte’s March. 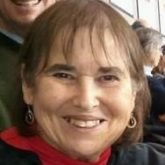 Please consider donating to the LanderGrinspoon Academy or the Northampton Survival Center in Evie's memory if you are moved to do so.