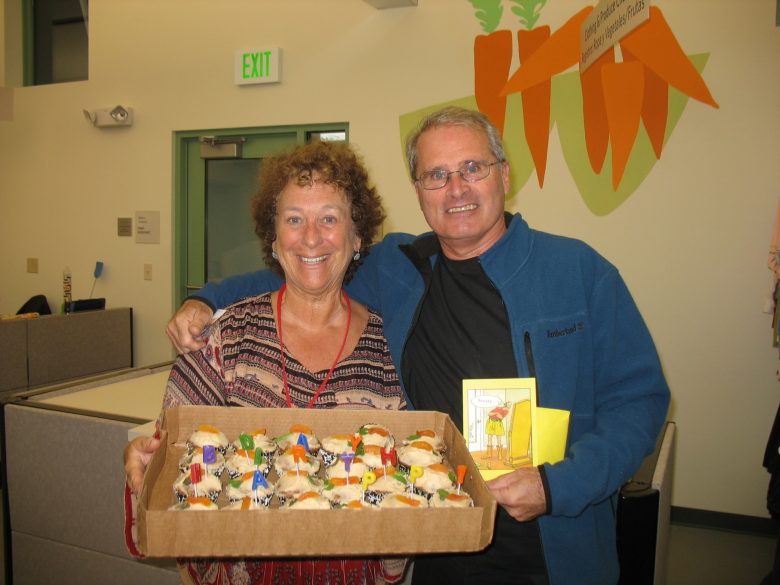 The Northampton Survival Center is dedicated to improving the quality of life for low-income individuals and families throughout Hampshire County by providing nutritious food and other resources in an atmosphere of dignity and respect.

The Northampton Survival Center opened in November of 1979 in the Parish Hall of St. John’s Episcopal Church on Elm Street. The initial funding for the Center came from a grant awarded through the Diocese’s Venture in Missions Project. The hard work, vision and dedication required to organize a food pantry came from area members of the religious and social services communities.

From the minute it opened its doors, the Survival Center fulfilled a long-standing need: distributing food to people in emergency situations and to help people with low-incomes who require assistance in making ends meet on a short term basis. Clothing and household items were available in the earliest days.

The goals of the organizers were threefold: to build a broad-based community support for the Center; to provide an adequate and dependable supply of food (pantry shelves were then stocked solely with donated food); and to find a permanent home. All three of these goals would eventually be realized. Achieving those objectives, however, would take a number of years — years marked by periods of financial uncertainty and shortages of food and workers that threatened the existence of the Center.

The important role the volunteers would play in keeping the Survival Center open was clear from the very beginning. At first, the Center was run completely by volunteers. They worked in the pantry putting together food boxes with clients, gathered donated food, sorted clothing, and served on the board of directors. With growing numbers of people coming to the Center, the need for a paid part-time coordinator was quickly apparent. Two people were hired to share the job (joint salary $100 per month).

Six months after opening in May of 1980, the Center had a new home — the basement of the old Vernon Street School in Northampton. Although roomy, the cellar location with its long flight of stairs proved impractical. And serving some 75 families a week was difficult and frustrating. There was never enough food for everyone who came.

In October of 1982, the Mayor of Northampton, David Musante, persuaded a local landlord to donate a rent-free space in the old St. Regis building at 76 Pleasant Street. Once again, it was moving time for the Survival Center. While the move gave the Center more space — and even an elevator for transporting food — two things did not change: a shortage of money and the need for a dependable source of food. Compounding the growing difficulties was the lack of volunteers to keep the pantry operating.

By June of 1983, the Survival Center was in a crisis; it had lost its rent-free home on Pleasant Street — a devastating and demoralizing blow for the barebones operation. The Board voted to close the Survival Center until more community support and dependable sources of food could be found.

Five months later, in November of 1983, the Survival Center was back in business down the street at 441 Pleasant Street. At first, a small band of volunteers kept the operation alive. Fortified by a $2,000 grant from the Northampton City Council, the Center soon began taking steps toward becoming a more financially stable operation that was backed by wide community support. The Center achieved non-profit status, conducted its first fund-raising drive, and received its first Community Development Block Grant (federal money awarded by the City Council). Joining the Western Massachusetts Food Bank was a turning point in the Center’s history. For the first time, the Survival Center had a dependable source of nutritious food. In 1985, the Northampton Survival Center became a member of the Hampshire Community United Way — a ringing testimony to the progress the Center had made since its founding. During this period, the Center’s first full-time program director was hired, and the carrot logo designed.

It took more than six years, but finally in January of 1986, the Survival Center had a home at 265 Prospect Street, a building provided by the City of Northampton.

With the hard work and help of the volunteers and local business, the space was turned into a welcoming and attractive facility. As the number of persons served continued to grow, additional financial sources were needed to meet rising costs. Grants from Hampshire County Human Services, F.E.M.A (Federal Emergency Management Act), and donations from the town of Easthampton were added to contributions from individuals in the 15 communities whose residents were served by the Center. The annual Benefit Boogie, first held in March of 1988, brought supporters together to raise money and have fun. More and more organizations from every segment of the community, including schools and religious groups, showed their support of the Center’s work through donations and conducting food collections throughout the year.

The Northampton Survival Center in the 21st Century

The Center now runs two pantries – one in Northampton and one in Goshen, distributing approximately 750,000 pounds of food each year. The Kids’ Summer Food Program helps bridge the summer nutrition gap by distributing free food packages to eligible children who rely on subsidized school breakfast and lunch programs during the school year, and now serves tens of thousands of pounds of food to approximately 600 children during the course of the summer. 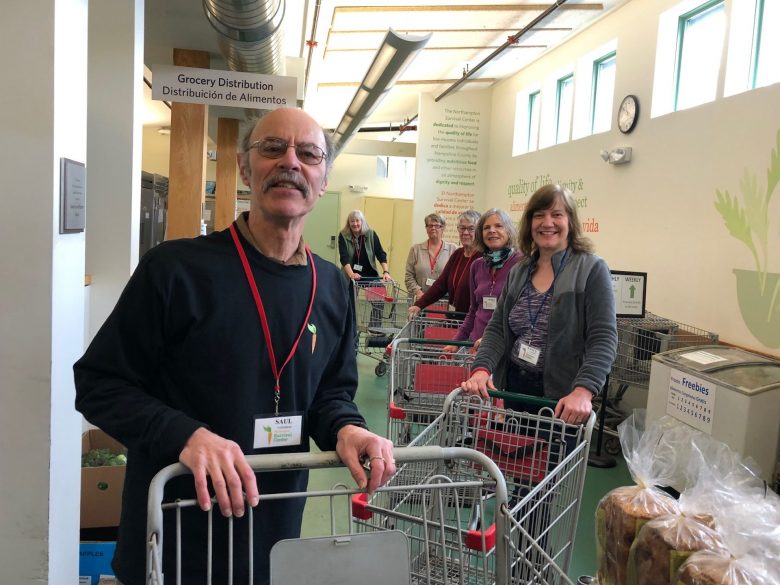